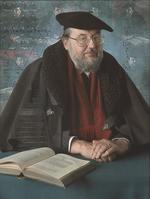 The Developments in Language Theory (DLT) Symposium has decided to create a prize to be awarded during the DLT conference. The SALOMAA PRIZE is named to honour the scientific achievements and influence of Academician Arto Salomaa, a founder of the DLT symposium. The prize consists of a diploma and 2000 euros, funded by the University of Turku, Finland, the home university of Arto Salomaa.